CCEMiami invites you to see the documentary ROLE & ROLE by Chus Gutiérrez streaming on March 18th and 19th in honor of Women’s month.

The documentary is in Spanish with English subtitles and will only be available on March 18th and 19th. In order to access this documentary please register on the link below. The access code will be emailed to you on March 18th.

The link to access the documentary will be sent only to those who have completed the registration from along with the access code.

“If you can see it, you can become it”  ROLE & ROLE is a reflection on the role that media, advertising and fiction plays in the construction of female role models and how such models impact society’s way of thinking and women’s and men’s life and career decision taking. Can a less stereotyped and more real representation positively influence viewing the woman as a leader and the construction of a more equal society?

In 2008, the director Chus Gutiérrez shot her film Retorno a Hansala in a Berber hamlet in the Atlas Mountains. Coincidentally and not by a conscious decision it turned out that the director, the assistant director, the production manager and some other heads of department were women. The women in Hansala were illiterate and had traditional roles within the hamlet society. The women of Hansala observed the recording team in silence and one month after the team’s departure, the women decided to attend the Council of Elders of the hamlet and to express their desire to be part of the Council. The Council of Elders is the place where decisions are made about the concerns and needs of the community. At that moment Chus became aware of the importance of models and the strength that arises by being able to identify oneself with another woman in an equal way.

For some long time and constantly during recent years, we are witnessing how, from different angles within the domains of communication, cinema and media, a lot of women are raising their voices for a greater and more constructive female representation in the media. Women and girls make up 51% of the population yet female characters are under-represented in films for all audiences, on television shows at prime time, in children’s contents and in advertisements. The representation ratio accounts for approximately 1 out of 3. ROLE & ROLE is a collection of testimonies of current women leaders —politicians, economists, scientists, writers, artists, social activists— to discover who have been their models, how they have constructed their identity and to analyze how they are perceived by society. As a director and as a woman, I feel myself committed to the fight for equality and to the construction of references that will help us men and women to build a fairer, more comprehensive and more diverse society. 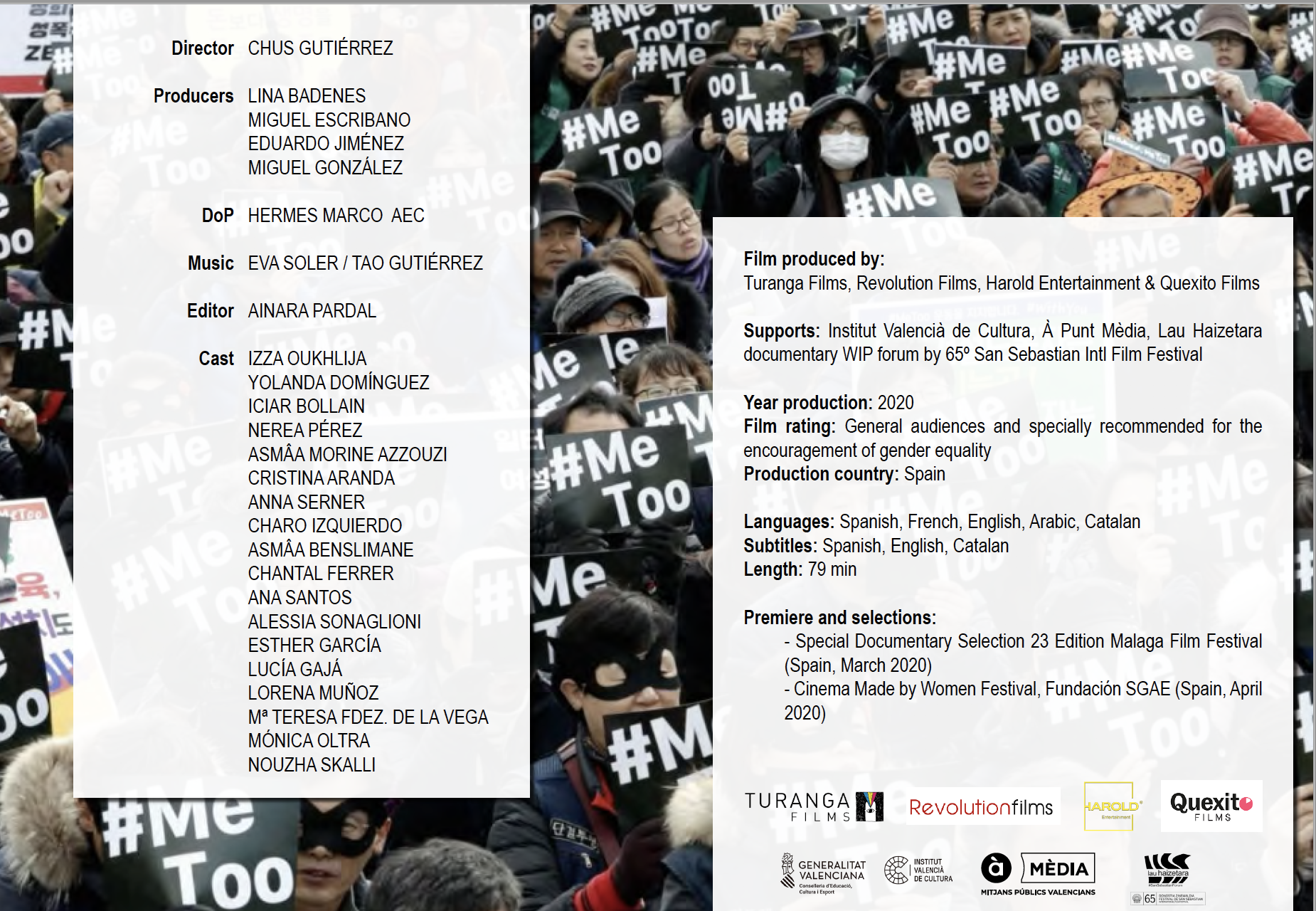