FIRST DICTIONARY OF THE ISLAND OF CUBA

On September, the successful series named LITERARY WEDNESDAYS will return in its second season, with the support of the Delegation of Florida of the North American Academy of the Spanish Language (ANLE), Baquiana Literary Magazine, Baquiana Editions, and the Cultural Center of Spain in Miami (CCEMiami). In this occasion, our special guest will be the distinguished professor and lexicographer Armando Chávez Rivera, in order to present the book DICCIONARIO DE PROVINCIALISMOS DE LA ISLA DE CUBA (Valencia: Aduana Vieja, 2021).

Every second Wednesday of the month, the series LITERARY WEDNESDAYS invites different authors, in order to continue with the contribution to the cultural development of the community and the promotion of the language and literature in Spanish in the United States of America. The programs are coordinated and conducted by Maricel Mayor Marsán, president of the Florida Delegation of the North American Academy of the Spanish Language (ANLE) and director of Baquiana Literary Magazine.

The event will take place through the digital platform ZOOM of the CCEMIAMI, adjusting itself to the new technologies, as a result of the pandemic and other sanitary crisis that are still affecting us worldwide.

The event is FREE and it will be conducted in SPANISH.

In order to register and to obtain the access codes: 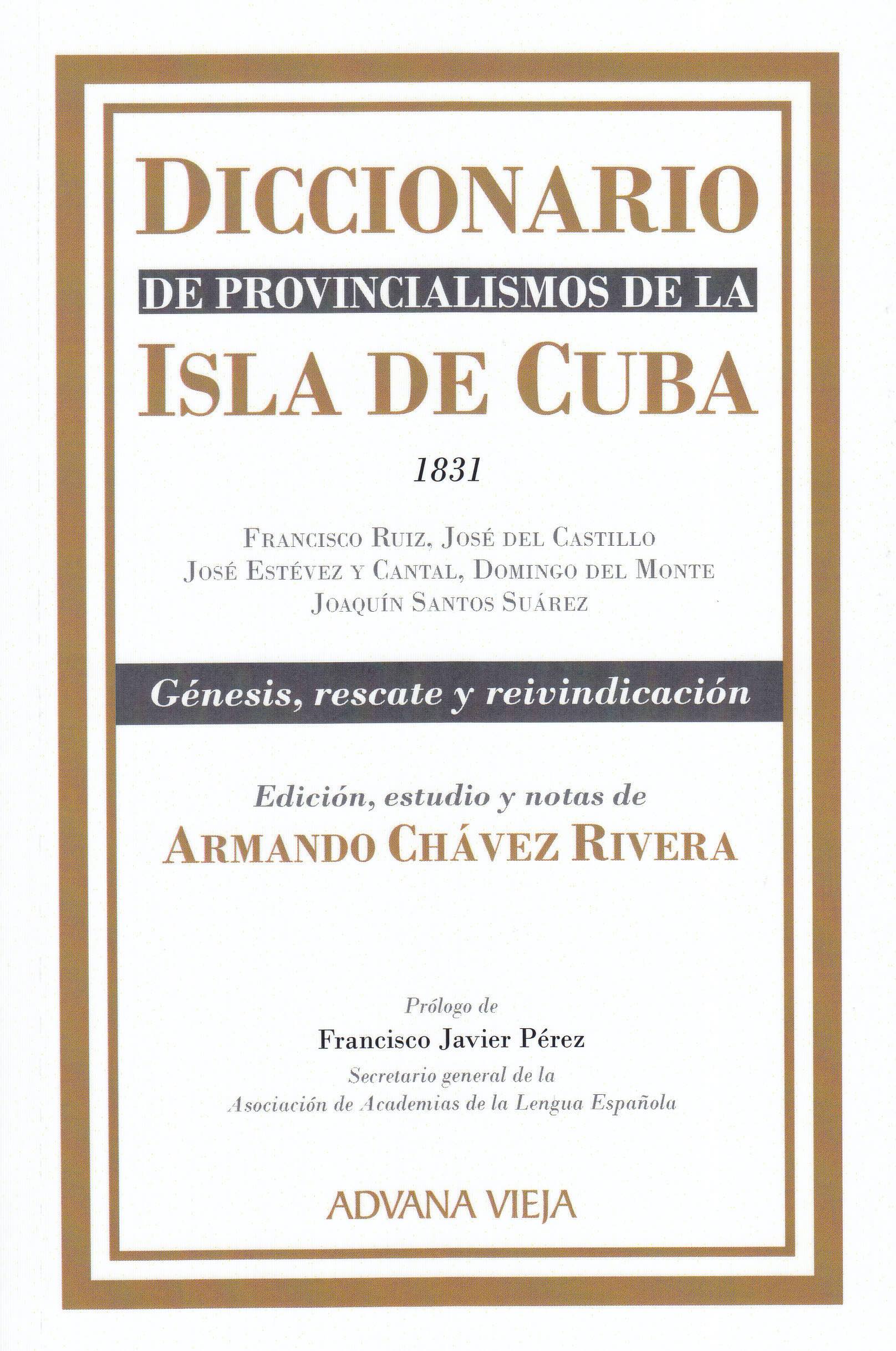 After several years of research and searches by Dr. Chávez Rivera, his book Génesis, rescate y vindicación del Diccionario de provincialismos de la isla de Cuba (1831) was published in Valencia (Spain) by Aduana Vieja publishing house in 2021, with a magnificent prologue of Dr. Francisco Javier Pérez, General Secretary of the Association of Academies of the Spanish Language (ASALE), where it is highlighted the importance of the discovery and analysis of the above mentioned manuscript that was lost for almost two centuries. This constitutes the first publication of a foundational work of the culture and lexicography in Cuba, which reminds us —by going through its pages— to the beginnings of the XIX century and the group of intellectuals that used to meet at the house of Domingo del Monte in Havana City, among other cultural interests, to create the first dictionary of Cuban lexicon. In other words, it was all an accomplishment of the incipient Cuban culture that it was emerging at that time.

He was born in Pinar del Rio, Cuba. He is an editor, writer, lexicographer, journalist and professor of the University of Houston in Victoria, Texas where he is also the director of the Spanish Program. Graduated as Licentiate in Journalism from the University of Havana, Cuba (1993), a Master in International Relations from the University of La Plata, Argentina (2004), a Master in Hispanic American Literature from the University of New Mexico, United States (2006), and a Doctorate in Spanish and Hispanic American Literature from the University of Arizona, United States (2011). Later, he studied a Master in Hispanic Lexicography at the School of Lexicography of the Spanish Royal Academy and the University of León (2016). In Cuba, he worked as a journalist for Cuban press agencies and cultural journals in the nineties. He has published numerous articles and essays of literary investigation in Latin America, Europe and the United States. He has published the books: Rescate del tiempo (2000), Memorias de papel. Conversaciones (2001) and César López. Poeta en la ciudad (2004). In 2009 he published Cuba per se. Cartas de la diáspora (Cuba per se. Diaspora Letters) where 50 writers of the Cuban diaspora reminisce their experiences out of the island. Currently, he is part of the Editorial Board of Baquiana Literary Magazine and a numerary member of the North American Academy of the Spanish Language (ANLE).

Información about the presenter:

She was born in Santiago of Cuba. She is a poet, narrator, playwright, essayist, editor, literary critic, translator, director of the Editorial Board of Baquiana Literary Magazine, numerary member of the North American Academy of the Spanish Language (ANLE), and correspondent member of the Royal Spanish Academy (RAE). She has published more than twenty books in different literary genres. Her most recent books of poetry are: Rumores de Suburbios (2009) and Miami / poemas de la ciudad – poems of the city (2015). Of theater: Trilogía de Teatro Breve (2012) and Las Tocayas (2013). Of essays, notes and literary reviews: Crónicas Hispanounidenses (2014). Her work has been partially translated into several languages, as well as published in magazines and anthologies in Asia, Europe, Latin America, Middle East, and the USA. She has received some awards and acknowledgements in Chile and the United States. She participated in the writing of the first “Encyclopedia of Spanish in the United States” (Yearbook of the Cervantes Institute) in Madrid, Spain (Santillana, 2008). The publishing house Holt, Rinehart & Winston included her poetry in the text books: Exprésate (2006- 2010) and Cultura y Lenguaje (2007-2010), used in the study of Spanish in middle and high schools throughout the United States. In the year 2010, she was selected among the most outstanding 100 Latinos of Miami for her work and contribution to the culture.