Literary Wednesdays: THE CHANGE OF SEASONS

This month, the series named LITERARY WEDNESDAYS, with the support of the North American Academy of the Spanish Language (ANLE), Baquiana Literary Magazine and the Spanish Cultural Center of Miami (CCEMIAMI), had as special guest the American-Dominican writer and professor Myra M. Medina, to present her book EL CAMBIO DE LAS ESTACIONES [THE CHANGE OF SEASONS] (Miami: Ediciones Baquiana, 2018). 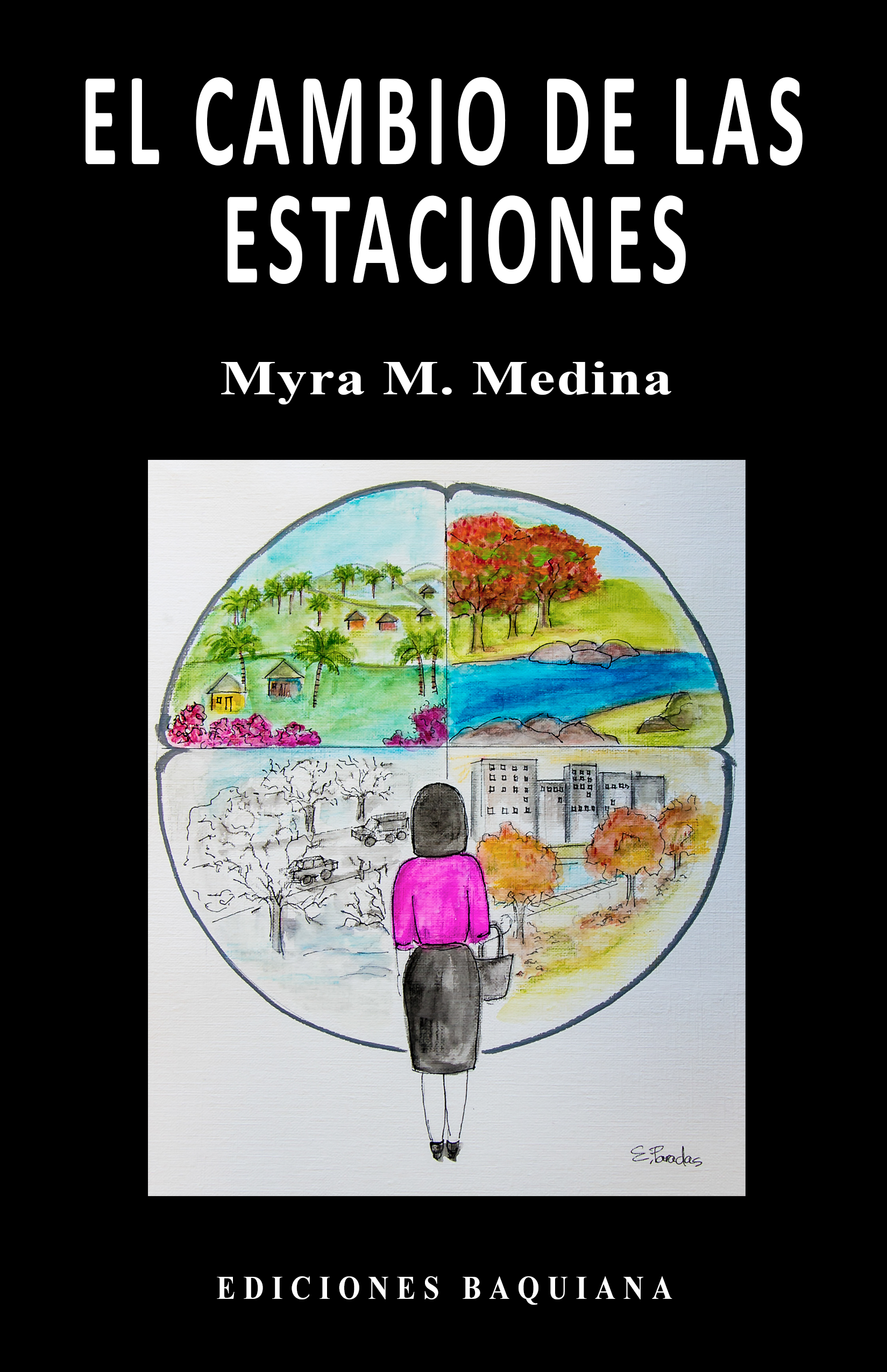 EL CAMBIO DE LAS ESTACIONES [The change of seasons] is a novel that reflects the role of women, through a family saga, within the rural and patriarchal Caribbean society along the XX Century. Although not directly stated, the story begins around the first U.S. occupation of the Dominican Republic in the year 1916.

The novel consists of a sequence of stories that weave a chronology within each other. The existential passages of the central characters (Mariana and Juan) and the stories of other members of the family take afloat the practices and costumes of a traditional family during this period in the country side, where women were victims of authoritarianism and sexism. The themes of racism, cockfights, and religious beliefs are also part of this interesting narrative.

Information about the special guest:

She was born in Santo Domingo, Dominican Republic and she has resided in the United States for several decades. She is a lecturer, essayist, literary critic, narrator, translator, and a professor of the Department of World Languages at the North Campus of the Miami Dade College (MDC). Her professional teaching background has taken place in English as well as in Spanish; she is the co-author of textbooks for the teaching of English as a second language and she has published educational materials in both languages. She was the Director of the Department of Language Studies at the Medical Campus of MDC and was Interim Assistant Dean of Academic Affairs at the Kendall Campus of the MDC. She was a member of the jury of the prestigious Silver Knight Awards granted by The Miami Herald in the category of Foreign Languages. She has been featured in the magazines Hispanic and Hispanic Outlook in Higher Education. She has received the following awards and acknowledgements: American Express Endowed Teaching Chair, granted by the Miami Dade College (MDC); the National Institute for Staff and Organizational Development (NISOD) from the University of Texas in Austin for her academic excellence; was included in the Modern Languages Alumni Honor Roll of Rhode Island College; was promoted as a Distinguished Professor at MDC for her work and trajectory as a professor; in the year 2011 she was granted a Fulbright in the Specialist Program in the area of Linguistics/TEFL; and in 2013, she received the recognition of Outstanding Educator from the Sunshine State TESOL. She is a member of the Advisory Board of Baquiana Literary Magazine. In the year 2017, she was invited to collaborate with the American Academy of the Spanish Language (ANLE). She has been a collaborator for the Huffington Post. Her articles, book reviews, essays, and short stories have been published in diverse specialized publications in the United States and in other countries. In the year 2018, her novel El cambio de las estaciones was published for the first time and it has had a tremendous reception by the readers since her early presentations, inside and outside of the U.S.A. At the beginnings of this year, she was invited to participate as a jury in a literary contest by the Office of Education of the Consulate General of Spain in Miami, in collaboration with the school district of Miami-Dade.