Literary Wednesdays: THERE ARE NOT SO MANY STARS

with the writer Isaí Moreno and the editor Omar Villasana Cardoza

This month on Wednesday June 9th, 7 p.m., the series named LITERARY WEDNESDAYS, with the support of the North American Academy of the Spanish Language (ANLE), Baquiana Literary Magazine and the Spanish Cultural Center of Miami (CCEMIAMI), had two special guests from México: the writer Isaí Moreno and the editor Omar Villasana Cardoza, in order to present the bilingual novel NO SON TANTAS LAS ESTRELLAS / THERE ARE NOT SO MANY STARS (Katakana Editores, 2021). 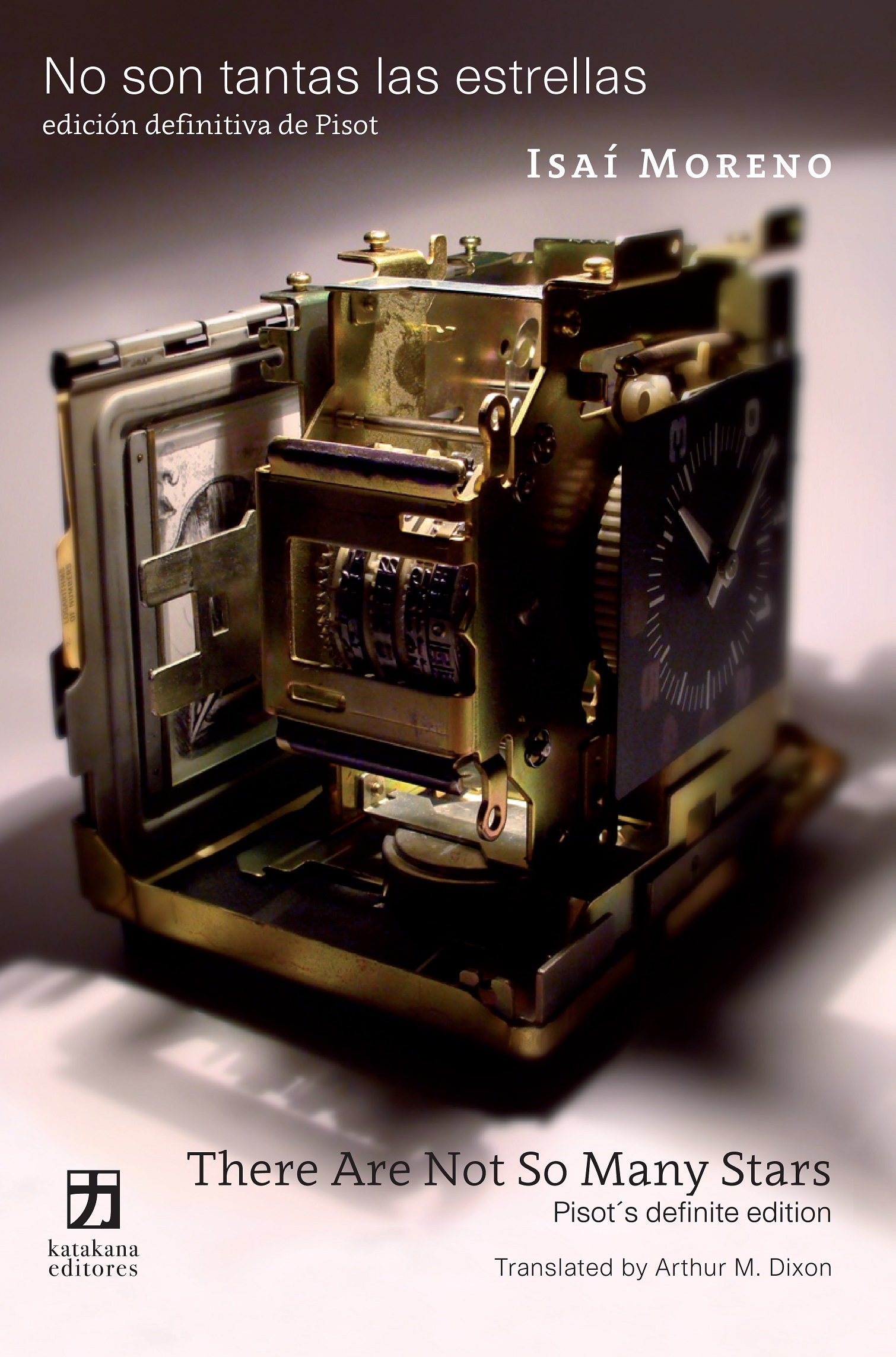 During the last years of the viceroyalty, in that New Spain that our novelists tend to ignore with a singular optimism—perhaps convinced that only in the matter of the present it is possible to reinvent a kinder fate—Isaí Moreno has given life to a strange literary figure. A wanderer through a circular, almost infinite tale, his character is called Policarpo de Salazar and he is a living logarithm, an obsessed calculator, a mathematician able to turn the visible into an operation of the unthinkable and to transform any urbane routine into dividend, divisor, quotient, and remainder, all with a single stroke of his voice

Indeed, this mind whose extraordinary arithmetical skills tinge the enlightened air of the eighteenth century also transcends the condition of serial killer, of fugitive from justice, of great enemy of life and social peace. The numerical science that organizes his criminal existence will soon serve as a counterweight to help us understand the dynamics of historical reality that frame a great deal of the novel: the dawn of Independence. In fact, only in the confusion of such disparate events—a mathematics of homicide—will we come to understand that when a society insists on explaining itself solely as the daughter of its most lucid calculators, it must somehow inspire the creation of characters who, like Policarpo de Salazar, convoke in their destinies the rejected ancestors of a past that, thanks to the literature of Isaí Moreno, today becomes truly ours.

(From the Prologue) Javier Vargas Luna

Additional note: The novel happens in two historical times of the viceroyalty of Policarpo (that begins with an epidemic) and, in the present time, both coincide in an unexpected end for the reader.

Information about the special guests:

He was born in Mexico City (1967). Writer. He is the author of the novels Pisot [There Are Not So Many Stars] (Juan Rulfo First Novel Prize, 1999 and published in 2019 in a bilingual edition by Katakana Editores), Adicción [Addiction] (2004), and El suicidio de una mariposa [The Suicide of a Butterfly] (2012). He was awarded the 2016 Juan García Ponce National Short Novel Prize for Orange Road. He leads novel-writing workshops and is a professor and researcher in the Creative Writing program of the Autonomous University of México City. He contributes to literary magazines, supplements, and cultural blogs such as Nexos, Letras Libres, La Tempestad, Lado B, Nagari Magazine, etc. His stories have been included in anthologies such as Así se acaba el mundo [That’s How the World Ends] (Ediciones SM, 2012), Tierras insólitas [Unheard-Of Lands] (Almadía, 2013), and Sólo cuento [I Only Tell the Story] (UNAM, 2015). He holds a doctorate in mathematics from the Universidad Autónoma Metropolitana (UAM); and in 2010, he earned a degree from the Universidad Nacional Autónoma de México (UNAM) in Hispanic Language and Literatures with the thesis Hacia una estética de la destrucción en la literatura [Toward an Aesthetics of Destruction in Literature]. He is a member of Mexicoʹs National System of Art Creators.

He was born in La Paz, Baja California, México (1972). He is a poet, journalist, editor, and director of digital publications and General Editor (in its printed version) of Nagari Magazine, as well as the President of Katakana Editores. He is part of the SETRA Project, a non profit organization that promotes the plastic arts and the literature in Spanish in South Florida, a place where he currently resides. His poetry, essays, book reviews, and short stories have been published in the literature blog “Roja Turbación” 2009, in Baquiana Literary Magazine (digital and printed version) in 2015, and in the blog of the SETRA Project since its beginnings. He has participated actively in poetry readings and book presentations in most of the literary circles of South Florida, as well as in other cities throughout the United States like Chicago and New York since 2013. In México, he has been a regular at the International Book Fair of the Mining Palace at the Historical Center of México City since 2016. He published the poetry book El árbol de tu olvido (Ediciones Baquiana, 2017).

She was born in Santiago of Cuba. She is a poet, narrator, playwright, essayist, editor, literary critic, translator, director of the Editorial Board of Baquiana Literary Magazine, numerary member of the North American Academy of the Spanish Language (ANLE), and correspondent member of the Spanish Royal Academy (RAE). She has published more than twenty books in different literary genres. Her most recent books of poetry are: Rumores de Suburbios (2009) and Miami / poemas de la ciudad – poems of the city (2015). Of theater: Trilogía de Teatro Breve (2012) and Las Tocayas (2013). Of essays, notes and literary reviews: Crónicas Hispanounidenses (2014). Her work has been partially translated into several languages, as well as published in magazines and anthologies in Asia, Europe, Latin America, Middle East, and the USA. She has received some awards and acknowledgements in Chile and the United States. She participated in the writing of the first “Encyclopedia of Spanish in the United States” (Yearbook of the Cervantes Institute) in Madrid, Spain (Santillana, 2008). The publishing house Holt, Rinehart & Winston included her poetry in the text books: Exprésate(2006- 2010) and Cultura y Lenguaje (2007-2010), used in the study of Spanish in middle and high schools throughout the United States. In the year 2010, she was selected among the most outstanding 100 Latinos of Miami for her work and contribution to the culture.