We would like to invite you to a free acting class for kids by Miguel Sahid (Director and Acting Coah SAH) via our instagram live (@microtheatermiami) on Saturday March 28th at 10:30 a.m. An alternative to entertain and educate the kids from their own home. 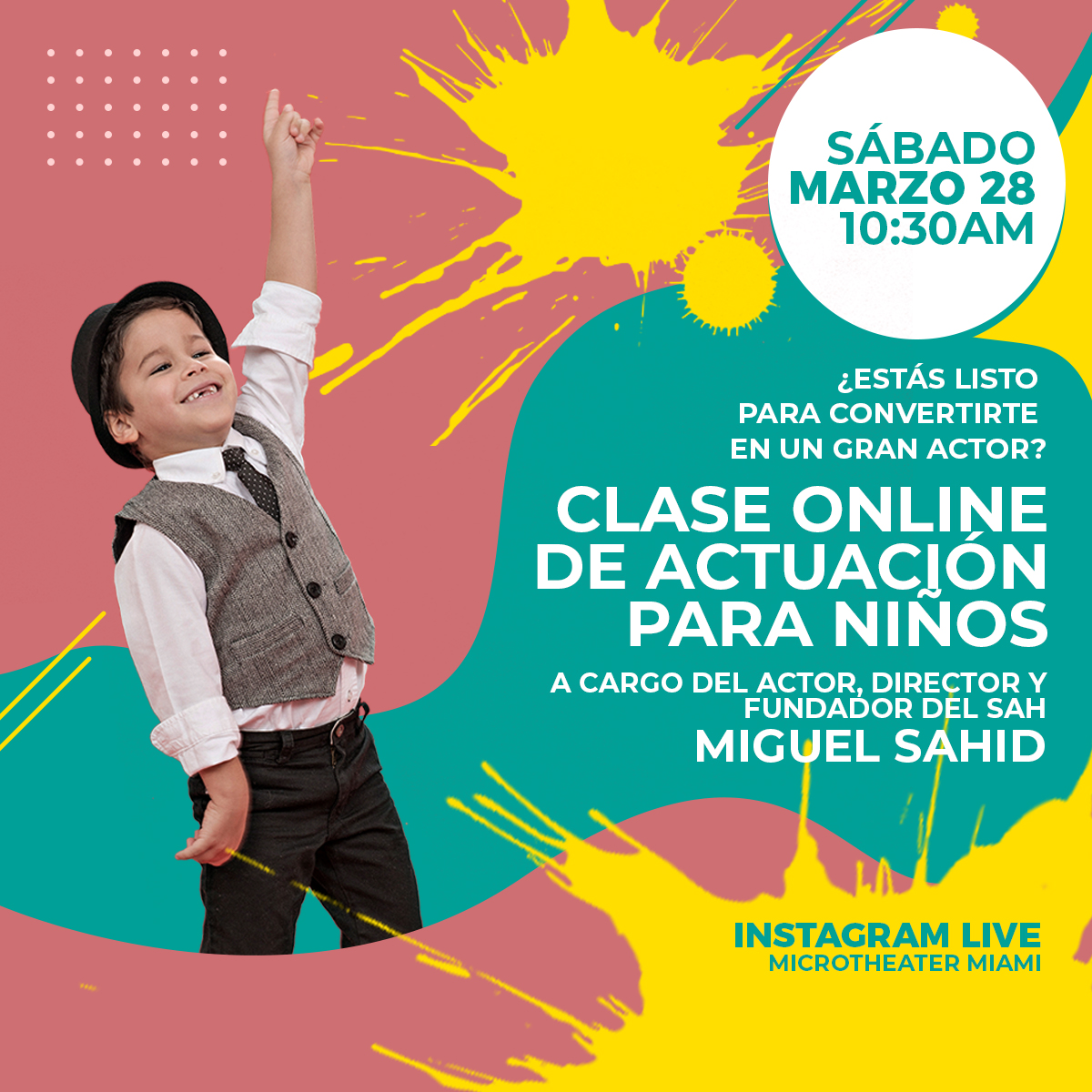 Actor, director, and acting coach all his life, began his career at the age of seven and since then he has not stopped working at the stage, cinema, or television. In search of creating an acting workshop and for more than thirteen years ago he created his own theater company and acting school. More than 500 productions endorse his work, where he has received different awards, including best actor and best director for several consecutive years. It should be noted that in 2012 Miguel received the Federico García Lorca Award nomination, a distinction given by the kings of Spain in Granada, thus becoming the youngest nominee in history and the first Puerto Rican. His work with children is unstoppable. At the moment it has about 350 active students in its conservatory of dramatic art, which is located in the city of Doral. Sahid is also the precursor of the micro theater for children, a Christmas theatrical party that takes place annually in the courtyard of the CCEMiami, where hundreds of children come to enjoy theatrical programming. Undoubtedly Miguel is one of the makers of the theater and precursors of the Children’s Theater in the city of Miami.