“To empower women means to trust them.”
Isabel Allende

These events will take place through the digital platform ZOOM, adjusting itself to the new technologies and to the pandemic that is hitting us worldwide.

Information about the participating poets: 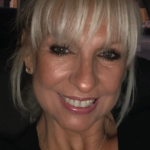 She was born in Buenos Aires, Argentina. She studied the first years of Architecture and Urbanism at the University of Buenos Aires (UBA). She participated in the narrative workshop offered by the Argentinean writer Susana Silvestre. She was selected to participate in the writing workshop for TV series coordinated by Telemundo and Miami Dade. She was invited to the First Poetry Festival of Granada in Nicaragua (2005). She is co-founder of the Setra Project and co-directed for ten years the Creative Workshop of such project at the Books & Books bookstore in Coral Gables. She is president of the Nagari Foundation, a non-profit organization created in order to promote artists and writers through the printed and digital form of Nagari Magazine. She is also the co-founder and general director of this magazine. She participated in the Anthology of Short Stories of the Atenea Cultural Club / Ediciones Impresión (2000) and in the first and second anthology of narrative and poetry of Nuevo Milenio– LiArt Internacional (2002). She is part of the poetry selection of Miami La ciudad de la unidad posible, edited by Editorial Ultramar (2009), presented at the Book Fair of Miami the same year, and translated into English in 2011. She also participated in the book Aquí [Ellas] en Miami, published by Katakana Editores (2018). Her poems and short stories have been published in digital magazines such as: Crear en Salamanca, Metaforología and Nagari Magazine. 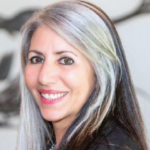 She was born in Caracas, Venezuela. She is a poet and a visual artist, specialized in white and black strokes. She has participated in art exhibits in Venezuela, Miami, Colombia and Spain. She co-directed the Literary Workshop and the Interactive Cycle of Conferences of Setra Project for several years. She is a member of the Board of Directors of Setra Project, Katakana Editores and Nagari magazine (printed and digital). She is part of the selection of Miami poets Aquí [Ellas] en Miami, published by Katakana Editores, Miami (2018). Her poems have been published in some digital literary magazines such as Alcanza Poesía, Roja Turbación, Nagari (printed and digital), as well as in other publications in Colombia, México, Spain, United States and Venezuela. 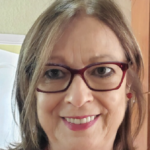 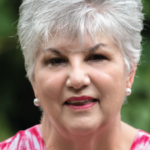 She was born in Havana, Cuba. She is a poet, journalist, fiction writer, essayist, university professor and cultural promoter. She resides in the United States since 1959. She graduated with a Ph.D. in Spanish and Hispanic American Literature at the University of Miami. She worked as Deputy Director at the Cuban Research Institute of the Florida International University (FIU), where she also taught until 2011, date in which she retired from both activities. She has cultivated all literary genres and she has published more than a dozen of books. Her lyrical work includes the poetry books Los nombres del amor, Tus ojos y yo, Entresemáforos (Poemas escritos en ruta) and Versos de exilio. Her poems, short stories, essays and articles appear in diverse anthologies, some in translation into English. Her novel Memoria del silencio (Memory of the silence) was adapted and taken to the theater in 2014 and 2015, in Caracas and Miami; and to theater festivals in Chile and Spain. In 2016, the bilingual version of her novel received the second place in the category of historical novel at the “International Latino Book Awards”. She started to publish in her adolescence in the newspapers of Havana. Since then, she has kept an extensive journalistic production, for many years in Diario Las Américas, and later in El Nuevo Herald, both in the city of Miami, where she resides since 1978. Actually, she is a corresponding member of the North American Academy of the Spanish Language (ANLE).

She was born in Santiago of Cuba. She is a poet, narrator, playwright, essayist, editor, literary critic, translator, director of the Editorial Board of Baquiana Literary Magazine, numerary member of the North American Academy of the Spanish Language (ANLE), and correspondent member of the Spanish Royal Academy (RAE). She has published more than twenty books in different literary genres. Her most recent books of poetry are: Rumores de Suburbios (2009) and Miami / poemas de la ciudad – poems of the city (2015). Of theater: Trilogía de Teatro Breve (2012) and Las Tocayas (2013). Of essays, notes and literary reviews: Crónicas Hispanounidenses (2014). Her work has been partially translated into several languages, as well as published in magazines and anthologies in Asia, Europe, Latin America, Middle East, and the USA. She has received some awards and acknowledgements in Chile and the United States. She participated in the writing of the first “Encyclopedia of Spanish in the United States” (Yearbook of the Cervantes Institute) in Madrid, Spain (Santillana, 2008). The publishing house Holt, Rinehart & Winston included her poetry in the text books: Exprésate(2006- 2010) and Cultura y Lenguaje (2007-2010), used in the study of Spanish in middle and high schools throughout the United States. In the year 2010, she was selected among the most outstanding 100 Latinos of Miami for her work and contribution to the culture.