ArtesMiami and the City of Miami Co-present with CCEMiami, the April “Al fresco” Series. 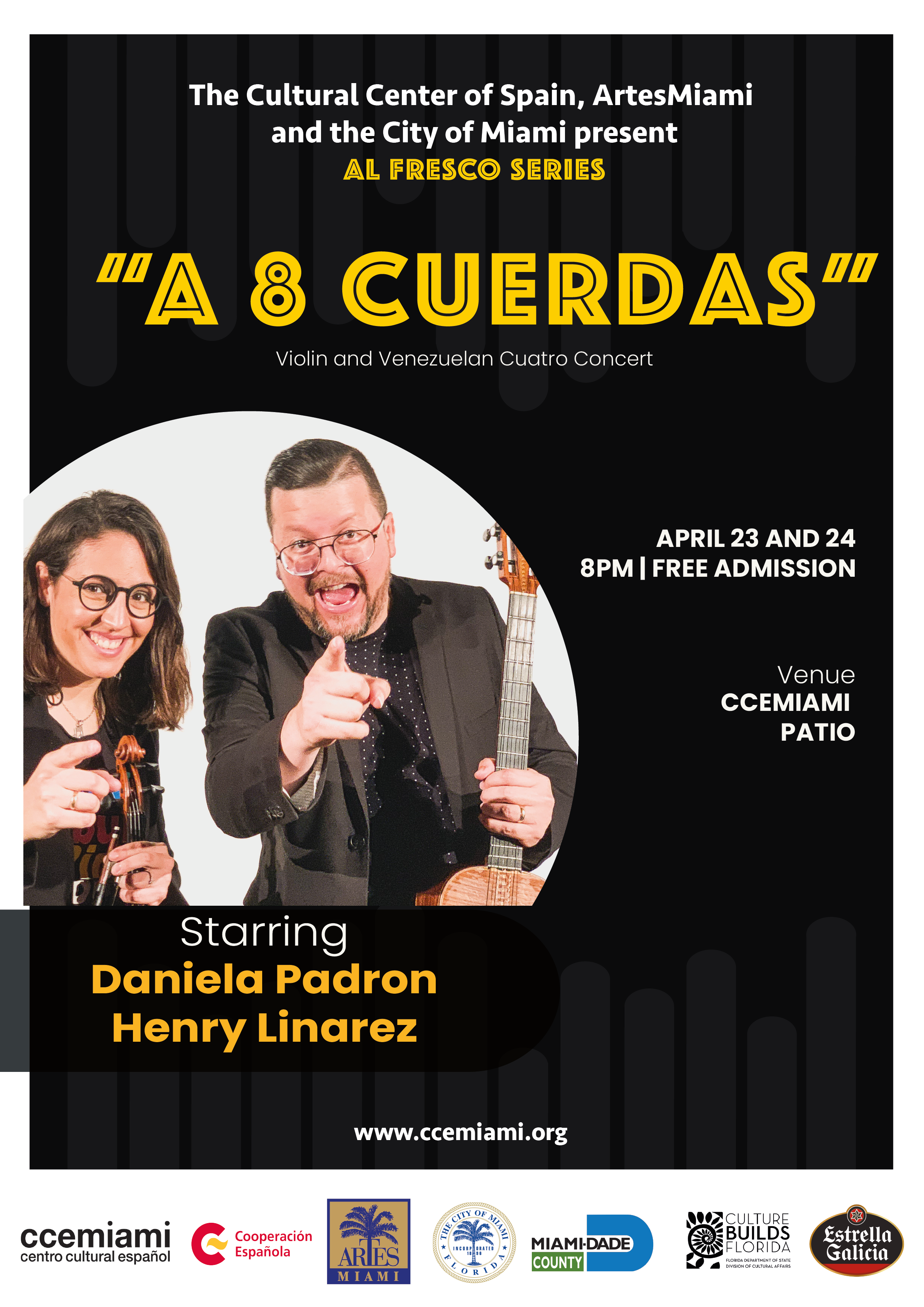 April 23 -24, 8PM – Concert “In 8 strings” Daniela Padrón and Henry Linarez
The performing arts “Al Fresco” series continues at 9 p.m. (doors will open at 8 p.m.) on April 23 and 24 with Concierto “A 8 cuerdas,” a concert with violin and the legendary Venezuelan cuatro instrument. Musicians Daniela Padrón and Henry Linarez will unite their eight chords (violin and cuatro), to take the audience on a tour of Latin American music.

For a safe re-opening CCEMiami is following the guidelines put in place by the Centers for Disease Control (CDC), State of Florida, and Miami-Dade County.

ArtesMiami and The City of Miami