The Incredible Story For The Giant Pear

CCEMiami recommends the kids movie The Incredible Story For The Giant Pear at the Tower Theater.

Life in Solby is nice and peaceful until one day Mitcho and Sebastian find a message in a bottle by the harbour. The bottle is from the missing mayor of Solby with a message that he is on a mysterious island and has made a great discovery. Now they must embark on a perilous journey to help save the mayor and bring him home, and in the process they uncover something that will bring great pleasure to the city of Solby – a giant pear. 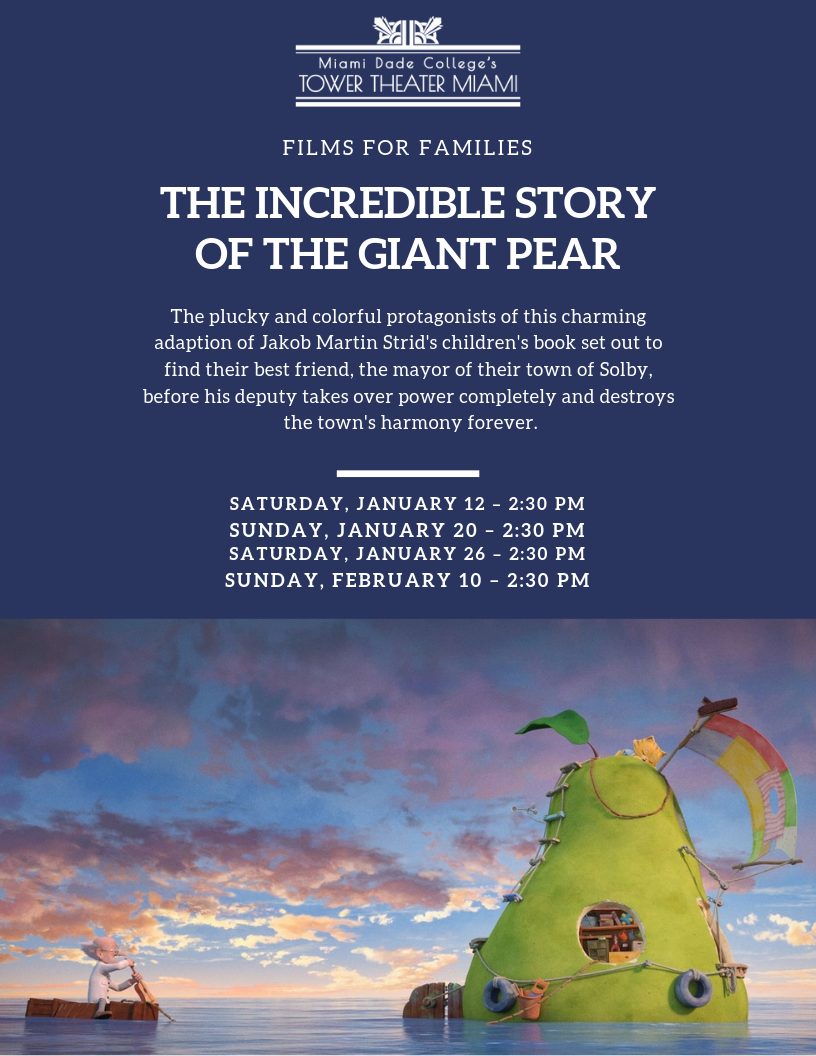