Come and join us with Microtheater Miami´s new look.The containers will be intervine during Art Basel by the argentinian artist, Sebastian Boesmi.

What the artist has to say about his work

When I am working I like to imagine and describe the tensions between humanity and animality, between culture and nature; Sometimes integrated and hostile to each other.

I immersed the characters in natural environments, in which the vegetation seems to advance over the fragments of civilization, confronting distant cities burned with different characters and situations that refer to a journey that crosses the technological variety and urban icons, towards images of hybrid beings – humanized animals and humans with animal attributes.

Mainly I am interested in the dialogue. I consider art a constant dialogue and a human transaction and the exchange of ideas and concepts are always very enriching. I think that when you talk to someone, you often do not remember everything they said, you do not remember the words, but how that person made you feel. The same happens with an image, when it does not matter what material or how it is made, it makes you feel something, when there is a real murmur in it, when there is something unique, essential and beautiful, it is when you remember it; This also applies to people, gardens, dogs, everyday objects in nature, with everything that complements us and the variety of objects with which we choose to live.

My paintings are informed by my everyday experiences and observations and by my imagination. They are autobiographical; sometimes confessional, sometimes irreverent and sometimes vulnerables. 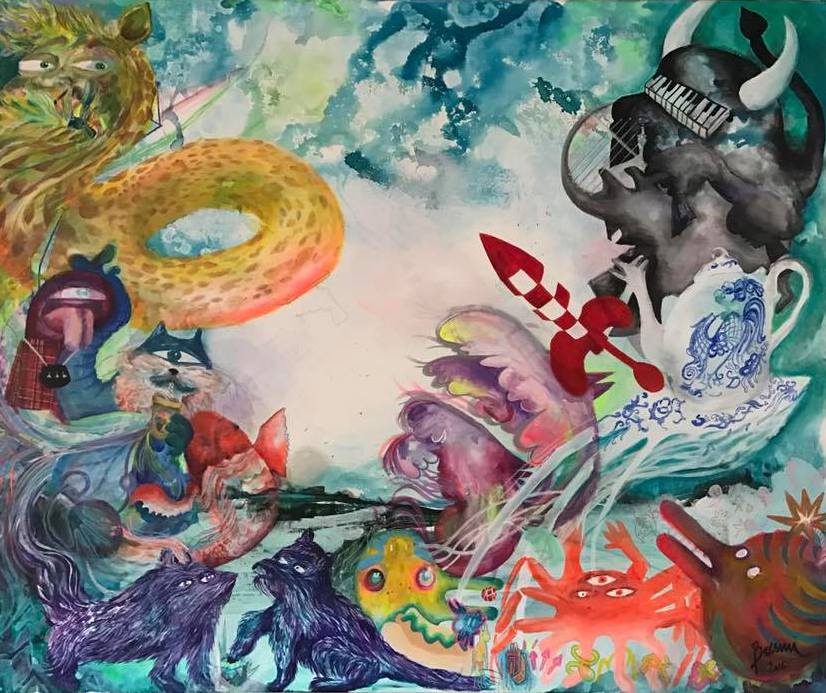 About the artist
Sebastian Boesmi. Born in Salta, Argentina in 1980. In 1982 emigrates to Asuncion, Paraguay with his family and carries out his primary, secondary and university studies in Asunción, obtaining his BA in Fine Arts at the National University of Asuncion, Paraguay.