Funcionarte Corp and CCEMiami, in the context of Fuera de Catálogo III Edición 2019 (Out of Catalog), invite you to Leslie Cartaya in concert at Microtheater Miami. 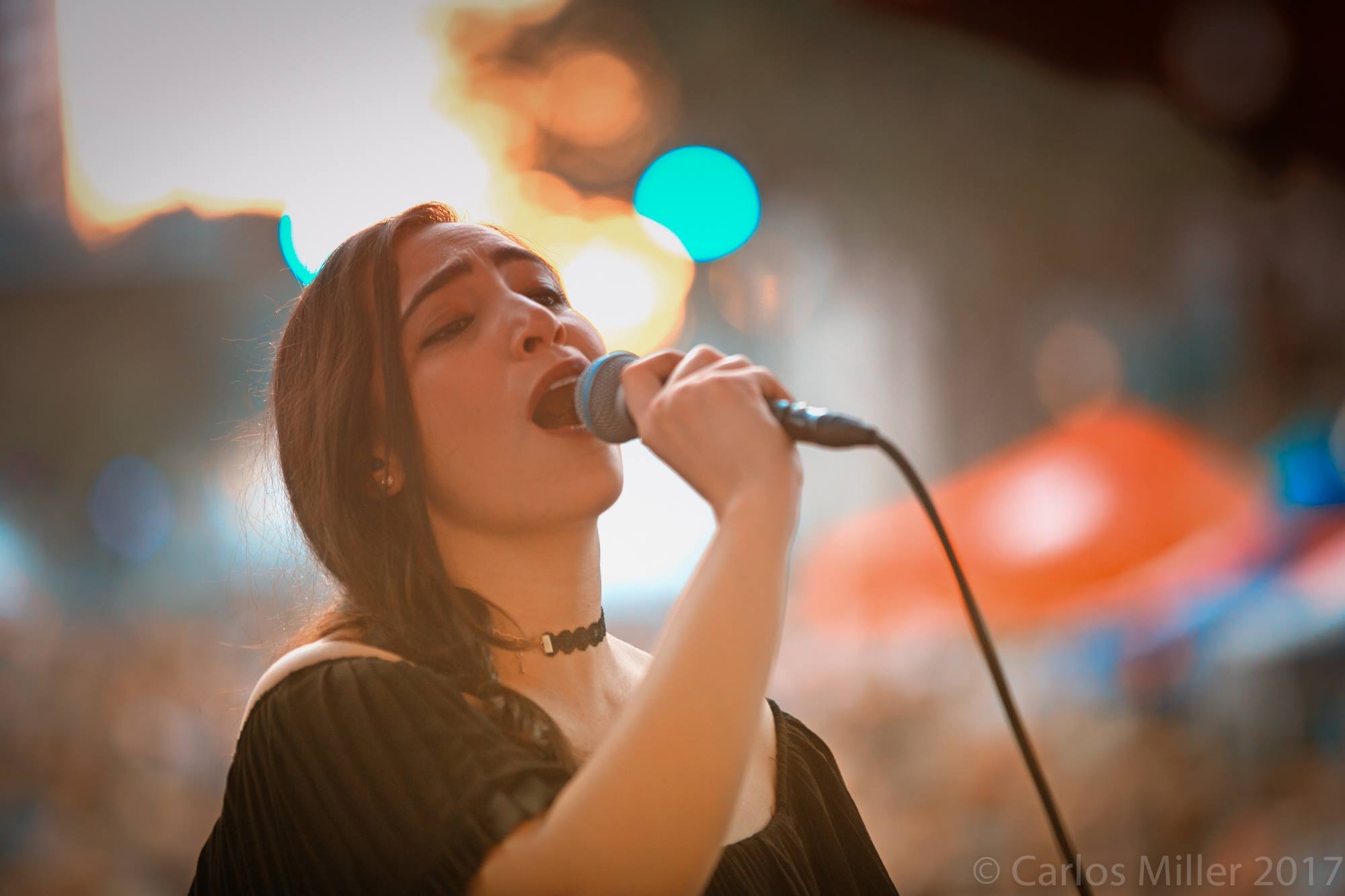 About Leslie Cartaya
Traditional Cuban music runs in her veins and jazz and American funk have shaped her artistic personality. Born in Cuba, to a very close family that enjoys warm afternoons improvising a melody, Leslie Cartaya decided to begin her solo career with her first record production “No Pares.”

Singing is Leslie’s best therapy. She learned, from an early age, to clearly express her feelings, joys, passions, sadness, and even melancholic moments through music. Leslie admits to having discovered traditional Cuban and Brazilian music as she reminisces about her family, in particular, her cousins. They were the first to teach her nursery rhymes and accompany her on the guitar while she sang.

Caribbean, Afro-American, Afro-Latin, and Latin American musical rhythms create a harmonious fusion in “No Pares,” a 19-track production. 18 of them are written and composed by Leslie. “In this CD, my first experience as co-producer and musical arranger, I had the opportunity of working with renowned musicians who supported me every step of the way,” said this attractive brunette. She defines herself as a happy, adventurous, inquisitive, expressive, but most of all a perfectionist woman. The official CD Release concert of “No Pares” took place at the Miami Dade County Auditorium on April 18. It was part of Miami on Stage, a series of concerts sponsored by Fundarte. With the release of “No Pares,” Leslie went up to the fifth position on the Miami Latin Reverbnation Charts. She also got nominated for the Latin Grammy 2013 as Best New Artist.

In 2015 Leslie released her second solo album titled “Llevame Contigo”. In this new production, Leslie kept the same variety of rhythms found in “No Pares” but she also added new sounds such as vallenato, bachata and reggae. “Llevame Contigo” has 10 tracks all written by Leslie except “123” written in collaboration with Panamanian rapper, Latin Fresh, and “Por Verte” written with Descemer Bueno. Leslie also brings two special featuring in this new material. This includes “123” with Latin Fresh and Baila with the Celia Cruz Allstars.