This month, the series named LITERARY WEDNESDAYS, with the support of the North American Academy of the Spanish Language (ANLE), Baquiana Literary Magazine and the Spanish Cultural Center of Miami (CCEMIAMI), has as special guests the Cuban American poet Humberto López Cruz and the Spanish scholar Carlos Cuadra, in order to celebrate POETRY MONTH.

The event will take place on April 14th, 7PM via Zoom. 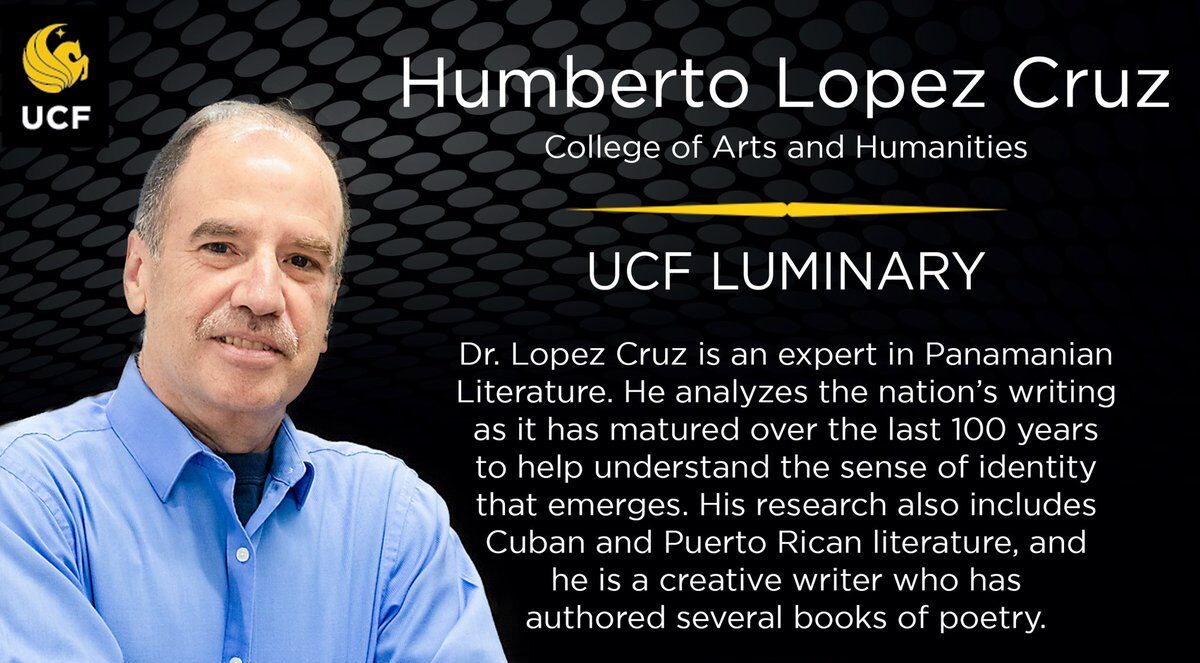 Registration for the event is required: https://us02web.zoom.us/webinar/register/WN_HAQsfLKVScm67V0ARhxvxA

Information about the special guests:

HUMBERTO LÓPEZ CRUZ
He was born in Havana, Cuba. He is a poet, essayist, literary researcher and professor at the University of Central Florida (UCF) where he teaches Latin-American literature, culture and civilization. He also teaches literary criticism and Spanish grammar. His fields of expertise include the literatures of the Hispanic Caribbean. In 2015 he received the highest recognition awarded by the UCF to its professors when he was named “2015 UCF Pegasus Professor”. He has published books and chapters of books about the topics in which his investigations are based upon. Among his latest publications stand out the compiled editions about Dulce María Loynaz, Virgilio Piñera, Gastón Baquero, Guillermo Cabrera Infante and Rosa María Britton. Besides, he has published books about Panamanian authors. At the same time, he is member of the editorial board of several magazines and cultural organizations. He also serves as an anonymous reader for a few magazines and publishing houses. He has published diverse articles in national and international magazines about aspects of the Caribbean and the Central American literatures, and the one produced by Hispanics in the United States. He has published three poetry books in Spain: Escorzo de un instante (Madrid: Betania, 2001), Festinación (Valencia: Aduana Vieja, 2012) and Rocallas del andén (Valencia: Aduana Vieja, 2019). Actually, he is a corresponding member of the North American Academy of the Spanish Language (ANLE).

CARLOS CUADRA
He was born in Madrid, Spain. He has a Ph.D. in Spanish and Hispanic American poetry of the XX Century by the Colorado State University at Boulder. Actually, he is a university professor at the Stephen F. Austin State University in Nacogdoches, Texas. He has taught Spanish classes at all levels, as well as seminaries for graduates about poetry, narrative, cinema and literary criticism. He has participated in literary colloquies at the national and international level, and he is the author of multiple lectures and articles on poetry, novels and movies. He is the author of the novel La leche en los ojos that it is going to be published this spring.

MARICEL MAYOR MARSÁN
She was born in Santiago of Cuba. She is a poet, narrator, playwright, essayist, editor, literary critic, translator, director of the Editorial Board of Baquiana Literary Magazine, numerary member of the North American Academy of the Spanish Language (ANLE), and correspondent member of the Spanish Royal Academy (RAE). She has published more than twenty books in different literary genres. Her most recent books of poetry are: Rumores de Suburbios (2009) and Miami / poemas de la ciudad – poems of the city (2015). Of theater: Trilogía de Teatro Breve (2012) and Las Tocayas (2013). Of essays, notes and literary reviews: Crónicas Hispanounidenses (2014). Her work has been partially translated into several languages, as well as published in magazines and anthologies in Asia, Europe, Latin America, Middle East, and the USA. She has received some awards and acknowledgements in Chile and the United States. She participated in the writing of the first “Encyclopedia of Spanish in the United States” (Yearbook of the Cervantes Institute) in Madrid, Spain (Santillana, 2008). The publishing house Holt, Rinehart & Winston included her poetry in the text books: Exprésate(2006- 2010) and Cultura y Lenguaje (2007-2010), used in the study of Spanish in middle and high schools throughout the United States. In the year 2010, she was selected among the most outstanding 100 Latinos of Miami for her work and contribution to the culture.